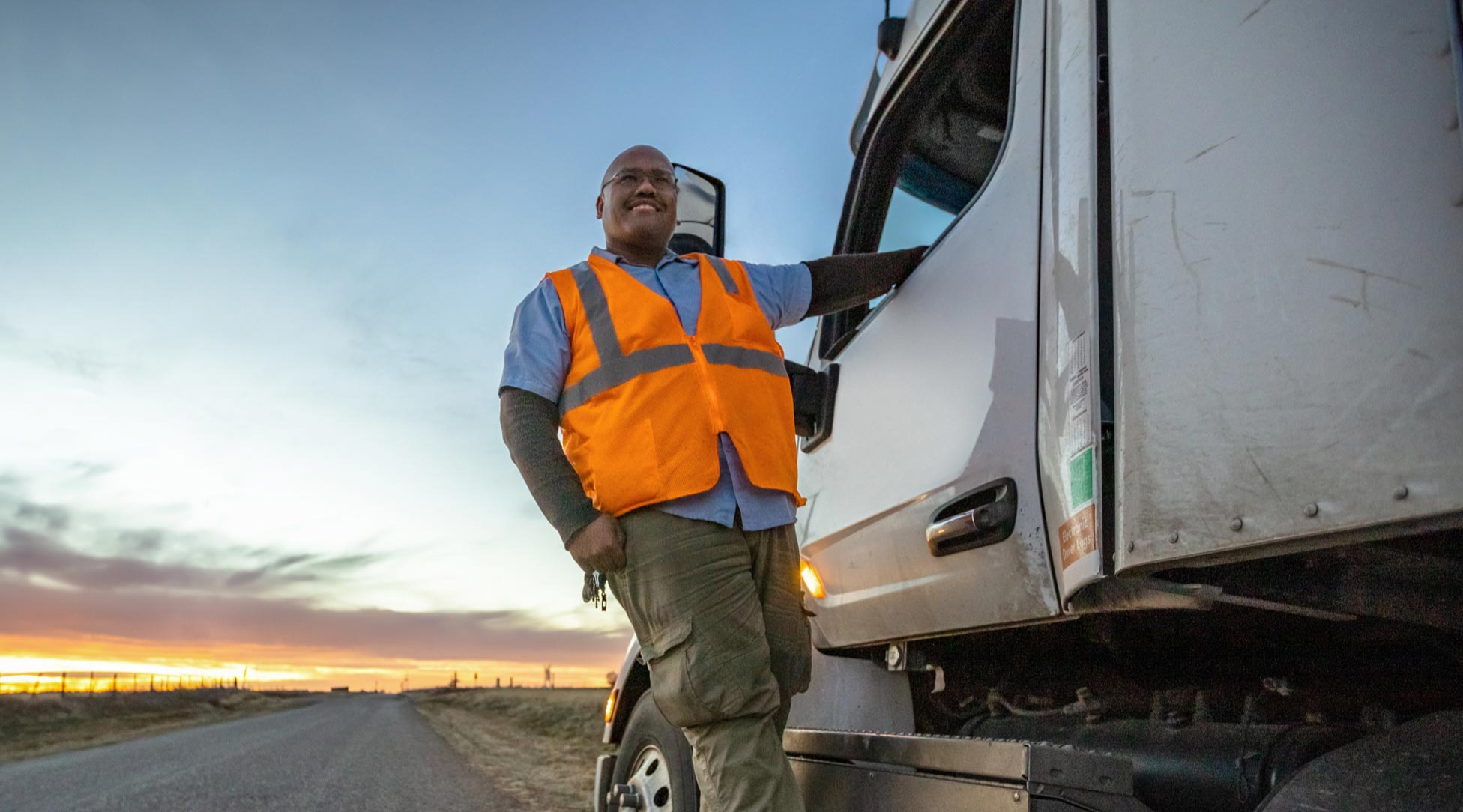 Less than two hundred years ago, a horse-drawn wagon of freight took six months or more to travel from coast to coast. Today, that same trip can be made in as little as three to six days by a big truck hauling as much freight as thirty of those horse-drawn wagons.

As our ability to move freight has increased, so has the demand. Today, virtually everything you see, everything you touch, everything you use was at some point, moved by truck. It’s no surprise then that many truck drivers are fond of the saying, “If you bought it, a truck brought it.” No one knows the truth of that statement better than the dedicated men and women out there right now, driving a truck.

Now that we see how important truck drivers are in our day-to-day lives, what’s life like for a truck driver? What does it take to become one? It’s a tough job, and it’s not for everyone, so let's start by looking at the pros and cons of becoming a truck driver.

Pros of Being a Truck Driver:

Be sure to visit our FAQ page to learn more about how CloudTrucks can help you get the most out of your truck driving career.

The trucking industry, like other industries, comes with demands that are not a fit for everyone. Before deciding to become a truck driver, it’s essential to consider the cons of becoming a truck driver.

Cons of Being a Truck Driver:

“Talk to the family as much as possible, so that when I'm gone, it doesn't feel as long. The more interactions you have with the family, the easier it is.”

Now that we’ve weighed the pros and cons, let’s look at a truck driver’s typical day to understand the work-life balance of a truck driver. To do so, we’ll follow a fictitious driver named Jenny through her day:

Morning
Jenny’s alarm clock wakes her up; she climbs out of her bunk and walks into the truck stop for a shower. After her shower, she purchases a large cup of coffee and returns to her truck. To save money, she keeps her truck stocked with food and healthy snacks and carries a refrigerator and microwave.

After she’s finished eating breakfast, Jenny checks her phone for dispatch updates. Today is her birthday, and her dispatcher has sent a happy birthday message. It’s almost time to roll, but before she takes off, she performs a pre-trip inspection of her truck and trailer to ensure there are no hazardous defects that may endanger her or other motorists. After her pre-trip inspection is complete and having found no safety defects in her equipment, it’s time to roll.

Afternoon
Later that afternoon, Jenny reaches her destination in New Jersey, hauling a load of frozen pizzas. The load is a drop and hook, so she checks in with the guard shack when she arrives at the grocery chain distribution center. The guard signs her bills of lading and gives Jenny directions for where to drop her loaded trailer and tells her the number for the empty trailer she’s picking up. After she’s finished with his drop and hook, she receives a message from dispatch with the details for her next load. According to her dispatch information, Jenny is heading across town to the port terminal to pick up a load of fresh produce.

This time it is a live load, meaning she will need to sit in a dock and wait for the lumpers to load her trailer. Her appointment time is in two hours, but the facility she’s picking up from allows early parking, so Jenny heads across town and arrives early to avoid missing her appointment for loading. After reaching the port terminal, Jenny checks in at her appointment time and proceeds to her dock assignment to begin loading.

While her truck is being loaded, Jenny makes a sandwich for lunch and begins her trip planning by entering the load’s destination into her GPS. The load is going to a refrigerated warehouse in Indiana. She notices the trip is 720 miles, and she only has four hours left on her drive clock before she is legally required to stop driving for the day.

Fortunately, CloudTrucks has scheduled Jenny’s load, and she’ll deliver the load tomorrow night, giving her plenty of time to make the trip. She makes some quick calculations to determine how many miles she can drive in the four hours remaining and decides 240 miles to be the limit. She’s in the Northeast, so parking is limited. To ensure she has a place to park, she decides she’ll start looking for a spot at a truck stop 200 miles away. If it’s full, she has a rest area twenty miles past the truck stop to try again.

By the time she’s completed her trip planning, the dock’s loading light turns green. She walks into the terminal’s shipping office, collects her bills of lading, returns to her truck, and leaves the port terminal.

Night
It’s dark by the time Jenny reaches the truck stop she selected to stay for the night. When she takes a loop around the truck lot, she’s disappointed to find all the parking spaces are full. But, since trucks come and go at all hours of the night and day, she decides to loop back around to the fuel island and top off her fuel tanks. Once she’s done fueling, she makes another loop through the lot and is relieved to find a vacant spot. So, she backs into the spot, changes her E-logs from drive status to on-duty, and begins her post-trip inspection. Once she’s completed her inspection, she reviews her paperwork and changes her log status to off duty. This truck stop has an excellent restaurant, and since it’s her birthday, she decides to splurge and have a nice sit-down meal.

After dinner, she returns to her truck, changes her log status to sleeper berth (where truckers typically sleep), and relaxes in her bunk watching the latest episode of her favorite show. After the show is over, she sets her alarm clock to ensure she’s rolling in time to make her delivery on time.

We hope you’ve enjoyed this little glimpse into the day in the life of a truck driver. Jenny’s day is similar to how a typical day goes in the industry. Fortunately for her, she’s working with our supportive CloudTrucks team. Thanks to our innovative scheduling, she has enough flexibility in her appointment times to stop early or leave a little late and still make her delivery on time. As long as she makes her appointments on time, she’s the captain of her ship.

Now that we’ve covered the pros and cons of being a truck driver and rode along with Jenny during her typical day at work, we’d like to share with you some facts about truck drivers:

“You feel complete freedom. As long as you pick up and deliver your load on time and follow the law in between, nobody cares what you do or how you do it. There’s no boss breathing down your neck trying to micromanage you.”

What Kind of Equipment do Truck Drivers Use?

To move goods across the country, truck drivers use various specialized equipment to haul everything from toilet paper to gasoline and everything in between. Among the types of equipment commonly used that make overland shipping possible are the following:

The logistic chain in America is a complex organism. Over the road (OTR) drivers spend weeks and months away from home, moving goods from coast to coast. Once they’ve delivered their load of goods to a warehouse, regional drivers move these goods to distribution points. Local truck drivers deliver these goods to restaurants and stores in your local neighborhood from these distribution points. From there, these businesses process your orders, and delivery drivers drop your items off at your front door.

What Would Happen if Trucks Stopped Hauling Freight?

As you can see, becoming a truck driver can be a fantastic career choice. But, how important are drivers to our country’s supply chain? What would happen if every truck in America stopped and every single truck driver quit their job today? It’s not pretty:

Within the first 24 hours:

Within the first week:

Within the first month:

As you can see, if the trucking industry were to cease operating today, the country would descend into chaos. Thankfully, such a scenario is unlikely because of the 3.6 million dedicated men and women working as truck drivers and the other 4 million individuals who work behind the scenes supporting our truck drivers and their efforts to keep the country moving.

How to Become a Truck Driver

Truck driving is here to stay, and finding a job as a truck driver is easy. However, before you take the leap and decide to become a truck driver, it’s essential to weigh the pros and cons. Truck driving is more than a job, it’s a way of life, and this way of life isn’t for everyone. But, if you’re able to handle the long miles, lonely hours, and being away from your home and family for weeks and months at a time, truck driving might turn out to be your dream job.

When you become a truck driver, you enter a world of greater freedom, high pay, and new scenery. You become part of a community dedicated to keeping our country moving, healthy, and strong. America is growing, and as America grows, the need for truck drivers grows too. Today the demand for truck drivers has never been higher due to the additional needs of ordinary folks in every city and town in the country due to the ongoing pandemic. If you’re prepared to become a truck driver, ready for greater financial freedom and professional independence, and want to make a difference, sign up today.

Take control of your loads, hours, and work-life 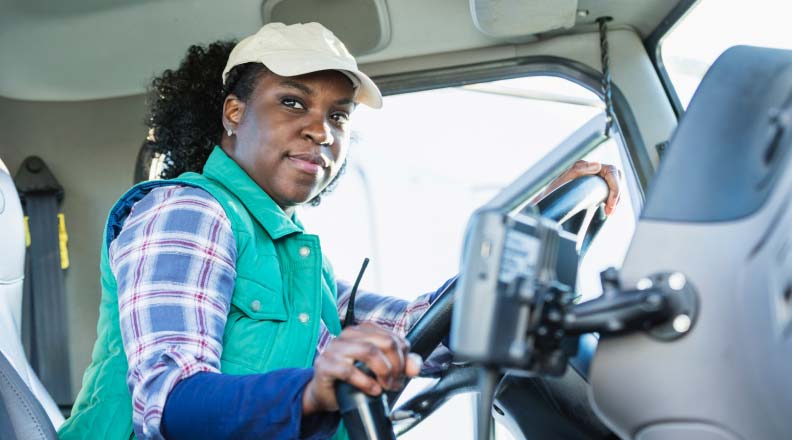 The Rise of Women in Trucking: Essential Guide & Tips

Women in trucking is on the rise, but it isn’t easy. If you’re looking to be a female in the trucking industry, here are our tips on entering the field. 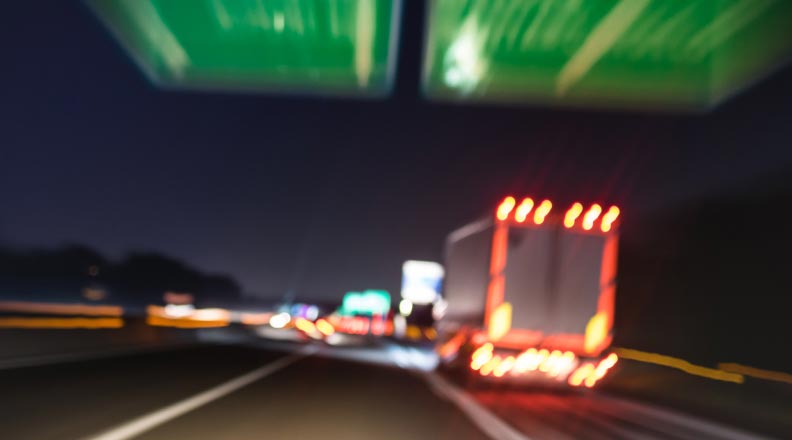 Where do Truck Drivers Sleep? - CloudTrucks 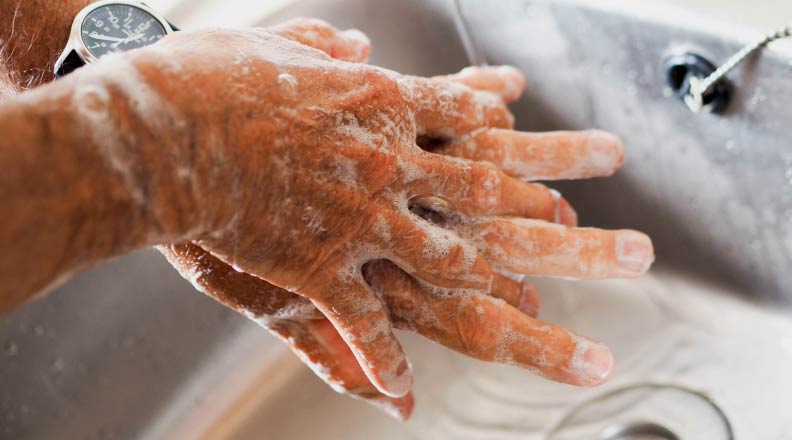 How to Stay Healthy as a Truck Driver: Top 10 Tips

A healthy truck driver is a safe truck driver, so here are 10 tips to help you stay healthy and avoid getting sick on the road.