CloudTrucks on "The Rideshare Guy Podcast" 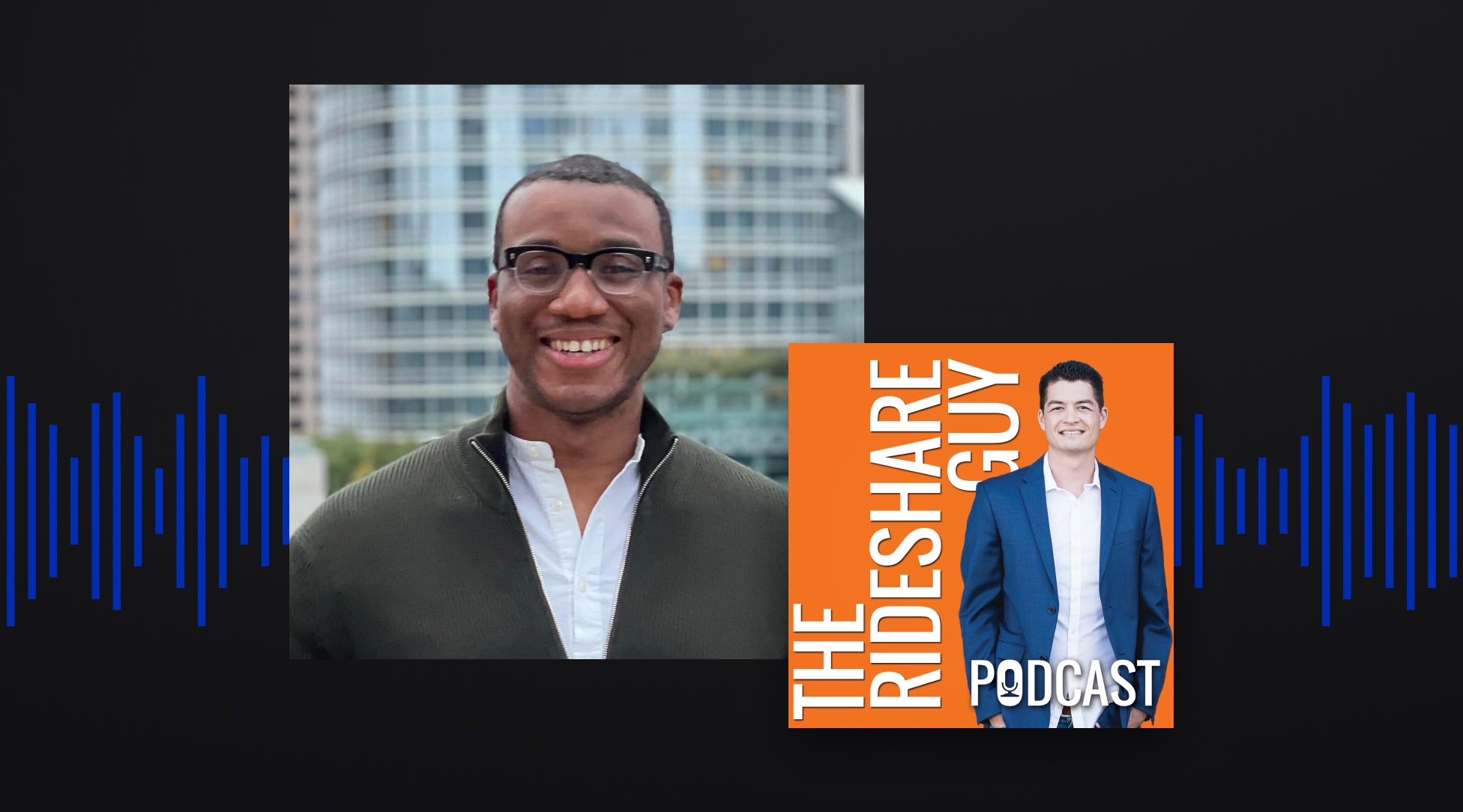 Recently CloudTrucks CEO and co-founder Tobenna Arodiogbu sat down with Harry Campbell, Founder at The Rideshare Guy, Author of The Rideshare Guide, for an interview on his podcast, The Rideshare Guy Podcast. Together they discussed the origin of CloudTrucks, the role of technology in supporting independent owner-operator trucking businesses, similarities between trucking and rideshare, and the future of the industry.

Check out the excerpt below, or listen to the podcast in its entirety here.

Harry Campbell (HC): So, what does it take to become a truck driver with CloudTrucks, and also what’s the 60-second pitch to a truck driver. What do you say to convince someone to come sign up with you?

Tobenna Arodiogbu (TA): Yeah, so there are different types of customers that we focus on, but the overarching pitch is simple. There are thousands of brokers out there, it’s very hard to decide where to find jobs, which jobs to take, where you should go in the country. After you’ve found a job, it’s really hard to get paid, so most brokers will pay you in 30 days, 45 days. You have to chase down these checks. And it’s just really difficult to manage everything in your business, insurance, compliance, all of that. CloudTrucks gives you one single solution, one app with a back-office staff to really support you so you can focus on driving. And that’s really the pitch. We will help you make better decisions on revenue, so which jobs to take and not to take, and help you expand your revenue. We will help improve your cash flow by paying you instantly, consistently, and with full transparency so you don’t have to worry about chasing anybody down for your money. And, we will help you lower your costs. So, we’ll take on the burden of getting insurance and other things they typically have to pay for to keep your costs as low as possible.

HC: Is there one pain point that drivers are having that they love CloudTrucks for. I mean obviously you offer a suite of benefits and products and services, but is there one thing when people hear it they think, “Ok, I’m signing up right now.”

TA: Yeah, the way I like to think about it is more money and simplicity. You see this across a lot of different industries. It’s not just about more money, and I actually like to be careful with that. You see across many different industries that people value simplicity, people value minimizing their headaches, so to speak. People don’t want to go around with hundreds of things in their heads. So, the simplicity aspect of things is definitely a core value in addition to the more money aspect of things. I think those two things going together is what really makes CloudTrucks unique. A lot of companies might be pitching the more money pitch, but I think you need to marry these two things together to really have a product that truck drivers love.

HC: I will say we work with a lot of companies and interview a lot of founders who are doing things either for gig economy or independent owner-operators, and I think often the focus is looking at these alternative services. But, I actually do think that a lot of times we kind of all care about money and making more money, so it’s not the sexiest thing to say, but I think it is right up there. It may not be the only reason someone does something, but with gig work for example, the two overwhelming things that people always say is why they’re working in the gig economy is pay and flexibility. So, I think it is, like you said, the money and the simplicity. It makes sense to me. So, I’m curious to know, how do you make drivers more money? You mention the schedule optimization, which jobs to take - do you also provide lead gen? I’m a driver, I come to you, I’m making $1000 a week but now I’m making $1500, where does that $500 a week come from, for example?

TA: It’s a number of things. First off, think of it as almost like a CRM. There are thousands of different brokers out there. Before a driver comes to us, what they’re doing is downloading multiple apps developed by each of these brokers and they’re doing the same search over and over. So, the first thing that we do is aggregate all of this stuff in one interface, and then we do the optimization on top of that. So, that gives them access to more jobs.

HC: Is that how they get most of their jobs, though? Is it through apps, or I imagine it’s a lot of word of mouth, or even phone calls, old school, repeating customers? How are they getting most of their jobs in the first place?

HC: Ok, got it. So, they’re all kind of getting their jobs from these apps, and you guys help with organizing all of those leads, and I assume that makes things more simple. That’s not making them more money yet. How is it helping them earn more?

TA: After we’ve organized all these leads in one place, then we do the optimization on top. So, think of the fact that a truck driver has to make a decision pretty much every week or every two weeks, depending on what their schedule is. The decision is, “I am in LA, and I can go anywhere in the country.” So, today, the way that a lot of these drivers is working is they open whatever app, or they call whatever local broker and they say, “Hey, I’m in LA and I’m ready to go anywhere.” And then the person tells them, “Well, I have a load going from LA to Dallas,” and then they take that load to Dallas. The problem is that it might be that Dallas is actually a terrible place for you to go to for that specific week because you might not be able to find something going from Dallas back to LA, or from Dallas to Virginia and then Virginia to LA. So what we do is with the Schedule Optimizer we’re basically saying, “Tell us where you are and where you want to be at the end of the week or in two weeks,” and then we just build a full schedule. We have an understanding of what’s going on in the market at any given point in time, and we basically say, “You should go LA to Virginia, Virginia to Dallas, Dallas back.” So that optimization is what ultimately makes you more money because we’re looking at it at a global scale, like what’s really going on in the country at any given point in time.

HC: That’s really interesting and it’s kind of one of the reasons why, I’m no expert in truck driving, and if that’s not apparent by now it definitely will be by the end of this interview, but it’s one of the reasons why I love studying comparable industries in the logistics space, because for example, Uber and Lyft have millions, actually, probably at this point, billions of data points out there. A few years ago they launched a feature called “Next Trip” for drivers. So, it actually kind of sounds pretty similar. It knows exactly where you’re going and then by the time you get to your next trip, it’s sending you your next request before you even have to wait. Now this is happening with truck drivers much less frequently. Like you said, they’re only making this type of decision once every week or two, but I think that a lot of the same dynamics and density required for something like that to work, and just how popular it is for gig workers, for example, translates over. I do really agree with you that sometimes I think the challenge for some of these apps for owner-operators, whether they’re gig workers or people renting out fleets of cars, or truck drivers, in this case, is that a lot of people don’t want to have to do a lot of extra work. The Uber driver app is amazing: you turn it on, and it just keeps sending you trips. You don’t have to do anything, you don’t have to think. Just do what the app tells you. You don’t have to use third party apps, or think which request should I take or not. I think that’s how most independent or owner operator folks think about it. I’m curious to know, in your experience with truck drivers, you mention simplicity a couple times, do they want to be involved in this process, or do they want you to do the best job optimizing, telling them when to go, how to go, and how to maximize their income?

TA: We’ve seen a difference in behavior. I think the driver who has been a business owner for many years wants to be involved in the decision. So they use the Optimizer to get a sense of what it’s telling them is going on in the market right now, and then they’re basically trying to beat it. So they’re like this is best-case how I should perform this week, and they try to beat it themselves. The person who is new to the industry, so they’re not a new truck driver, we only work with drivers who have over three years of experience right now, but they’re first time business owners. That person is relying on the Optimizer even more and this is how they’re getting a better understanding of what’s going on in the industry as a whole.

The other thing that’s very interesting about trucking is that there are all of these negotiations that also happen between the driver and the broker. So, today the way we help facilitate those negotiations is by having something called a CT Estimate. For every single job in our app, either the broker already provided a price, or they didn’t provide a price and they actually want the driver to call them to negotiate a price. What used to happen is the broker has a lot of information. They know what’s actually happening in the market, they have their computer. The driver is out there on the road. The driver will call and they’re negotiating typically based on some price that they’ve had in the past for that specific lane. But with CloudTrucks, we have something called a CT Estimate. Any single job on our app will have this CT Estimate. It’s a range, it’s basically high and low what we believe this job will go for. So when you call and you’re negotiating, you’re negotiating with confidence. You know what’s actually happening. So that’s just another way that we help the drivers beyond just the Schedule Optimizer. 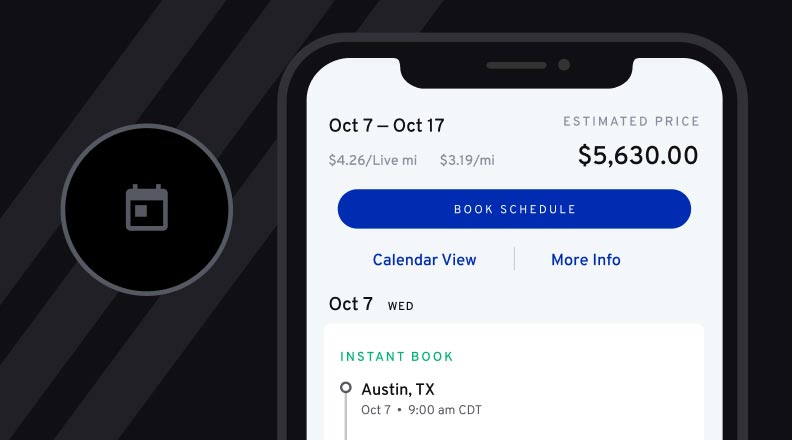 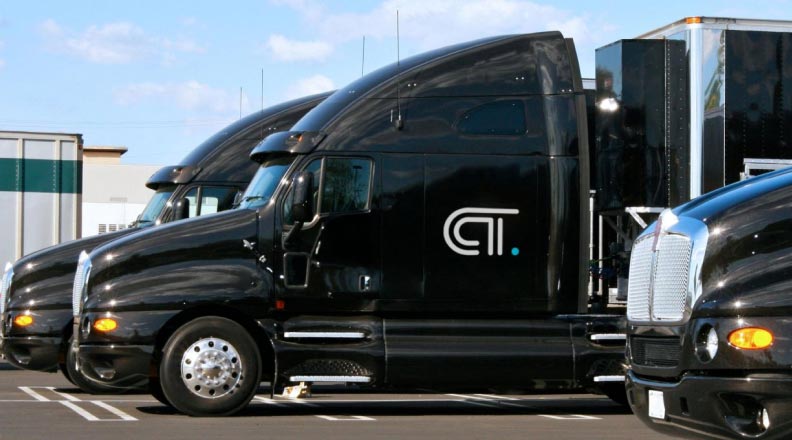 CloudTrucks Teams Up with Uber Freight and COOP by Ryder®

We've teamed up with Uber Freight and COOP by Ryder to help qualifying rideshare drivers on the Uber platform break into the freight industry. 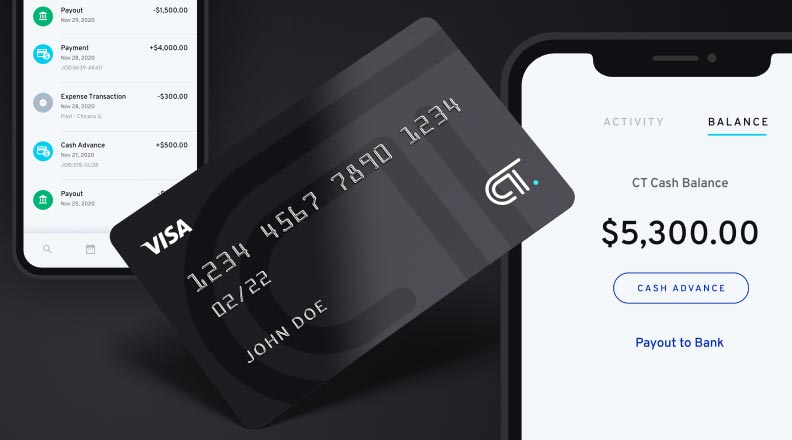 Announcing the CloudTrucks $20.5M Series A and CT Cash