Truck Driving in the City — The Complete Guide 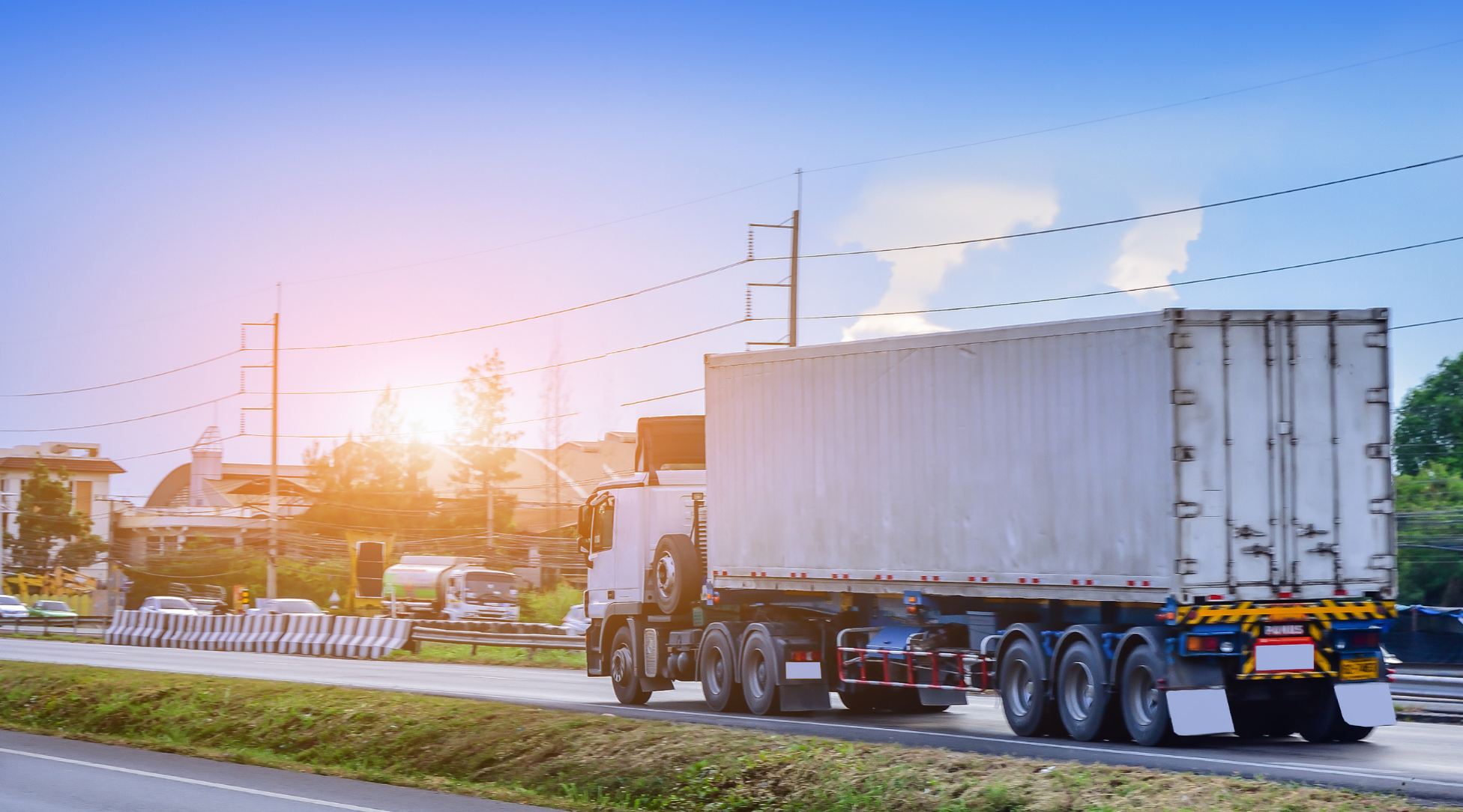 Truck driving in the city environment can be downright intimidating. Multi-lane highways, aggressive motorists, rush hour traffic, and restricted routes are a few of the many perils truck drivers face on a daily basis. However, big cities are an unavoidable part of a trucker’s life on the road and being able to safely navigate them is a critical truck driver skill to have.

Many loads originate in or are destined for large metropolitan areas, and even if they’re not, chances are you’ll have to travel through at least one major city while on route to your destination. Millions of drivers operate in America’s biggest cities every day and we’ve asked a few of them to help us put together this guide to help you operate safely in the city.

Tips to Drive a Truck in Major Cities

The city environment presents some unique challenges for truck drivers. The roadways become more complex, with multiple lanes and even variable speed limits in some cities. Traffic is heavier and motorists are more aggressive, which adds up to a higher chance for accidents to occur. Subsequently, there is a greater need for truck drivers to take additional steps to ensure their safety and the well-being of others while operating in a big city, for example:

‍The first rule of trucking, “plan ahead” works exceptionally well for city driving. Utilize tools such as Google Maps satellite view, and the Rand McNally Trucking Atlas to familiarize yourself with your route into and out of your destination. Remember to check your dispatch information for additional information regarding the pick-up/delivery.

"Often you’ll need to take a specific road, or gate into a facility and you’ll usually be provided this information in the dispatch."

If you’re still in doubt, you can also call the customer for additional information, or reach out to your dispatcher and see if they can put you in contact with another truck driver who has been to the facility. Additionally, allow yourself extra time to reach your destination in the event of a traffic backup and remember to factor in rush hour.

‍When you roll into a city it may sometimes seem like you made a wrong turn onto a Nascar racetrack. You will be tailgated. You will be cut-off. Inattentive motorists will change lanes without looking, leading to many near misses, and you will come across that guy who likes to brake-check big rigs. You’ll be honked at, flipped off, and blinded by high-beams in your mirror. Through it all, for the sake of your safety, you’ll have to keep your cool. For all the aforementioned situations your response should be the same, slow down and create distance between you and the problem vehicle. Any other course of action will likely create an accident, or worse.

Pay Attention to the Road Signs

‍While this tip may seem like a given, it is worth mentioning. Watching for and obeying road signs is ten times more important in big cities than anywhere else. The reason is simple. There are more low passes, and weight restricted routes within a large city than elsewhere. The internet is full of videos and pictures of trucks trapped under low passes, or collapsing bridges because the drivers neglected to pay attention and obey road signs. If there is a sign that says no trucks allowed, it’s not because someone in the city is a jerk and doesn’t want you on that road, it’s because the road isn’t suitable for a 72 foot-long vehicle that weighs 80,000 pounds.

Eyes on the Road

‍This one goes hand in hand with the previous tip. You should never operate a commercial vehicle while distracted. However, when you’re in bumper to bumper traffic with cars all around your truck it is essential to give 110% attention to what’s happening around you. Turn the radio down, end your phone call, and focus.

‍Triple digit interstate highways are reserved for metropolitan areas and function as bypasses. Single and double digit are the primary interstate highway and often proceed through the center of major cities. In some cities, such as Atlanta and St. Paul, trucks are prohibited from using the double digit interstate through the center of the city. They must use the triple digit bypasses instead. Furthermore, if you’re passing through a city, it’s often faster to use the bypass route rather than proceed through the center due to traffic volume. As always, pay attention to the road signs, CB radio traffic, and your map to ensure you’re on the optimal route.

Use a CB Radio

‍Despite the advent of cellphones, wireless internet, and GPS, nothing has replaced the useful utility of a CB radio. Purchase one and install it in your truck, and keep it tuned to channel 19. Even in the 21st century it is the primary way truck drivers communicate pertinent emergency information regarding road conditions, traffic backups, and hazards to other drivers. Knowing about a backup ahead of time and someone sharing a workable detour route over the CB can be the difference between delivering on time, and sitting in a traffic jam for three to five hours.

‍The importance of a pre-trip inspection cannot be over-emphasized. The last place you want to suffer a mechanical failure or breakdown is on a busy stretch of city highway where there’s nowhere to safely park. It doesn’t hurt to pull off at a rest area or a truck stop on the outskirts of a big city to give your truck an extra look before continuing into the heavier traffic.

Anytime there is precipitation anticipate the roads becoming slicker than average in big cities due to a higher amount of residual oil on the highways. A light rain might even make the road far slicker than a heavy rain under the right conditions. Slow down and give yourself extra room to stop and maneuver and maintain your lane at all times. And remember to turn on your headlights and marker lights to be more visible to other vehicles. If you are facing snow or ice, make sure that you are familiar with best practices for driving in winter weather and common winter truck driving tips from experienced drivers.

Be Alert for Road Debris

‍Debris on the roadway is more common on big city roadways. With so many vehicles in close proximity to your truck it is important to maintain your lane no matter what. Your best option is to watch for debris and slow your truck in a safe manner to decrease the chance for the debris to cause damage to your equipment, or turn the debris into a projectile that may harm other motorists.

‍Parking for big trucks is at a premium in most large cities. Be sure to give yourself enough time to depart from the city or stop early enough to secure a parking space at a safe area such as a truck stop or rest area.

Parking on the side of a street or in abandoned lots is dangerous and has cost more than one truck driver their life. Keep in mind that truck stops fill up faster in the busier metropolitan areas and if you haven’t finished your day by 3 - 4 pm you may have difficulty finding a spot to park.

"Keep in mind that some cities are dangerous for truck drivers no matter what. Pay attention to the trucking community, and your surroundings to spot these trouble areas. Some of the signs include armed security guards and gated truck lots."

Remember, no load is worth your life, or the life of a bystander. Observe best safety practices at all times, maintain your patience, and plan ahead for a better, less stressful truck driving in the city experience. For more tips be sure to check out our article with information about  truck driving safety.

You’ve planned your trip and no matter how you adjust things, your delivery time puts you right in the middle of a big city’s rush hour. While it’s possible to route around rush hour times, it’s impossible to do so 100% of the time. Here are some tips for rush hour traffic:

Average MPG When Driving in the City

Any way you cut it, you’re going to take an MPG hit when driving in the city. While there are a lot of variables governing the average mpg for trucks, the current median according to the U.S. Department of Energy is 5 mpg. The best way to improve your fuel mileage in big city traffic is to use newer model equipment, including tractors with engines, drivetrains, transmissions, and aerodynamics designed for fuel economy, and detailed route planning to take advantage of low traffic time periods when passing through large cities.

Every city is unique and determining which cities are safer for truck drivers is highly subjective. Certain factors such as crime rates, traffic volume, and roadway design can make some cities inherently safer or more dangerous than others. Whether you’re rolling into Detroit, St. Louis, or Peoria, you should always do so with the same level of discretion and attention to safety because the unexpected can occur no matter where you are. That being said, here is a short list of some big cities where operating a big rig can be a bit easier than elsewhere:

‍The capital city of Iowa sits astride one of the busiest east-west routes in the nation, I-80.

‍This city is another major hub with a FedEx air terminal and additional rail and trucking freightways. It is at the junction of I-64, I-65, I-69, I-70, and I-74, meaning if you’re not coming from or going to Indy, you're definitely going to be passing through at some point.

While these are just a select few cities with a reputation for being safer than average for truck drivers it is important to keep in mind that nowhere is truly safe while on the road unless you’re practicing safe vehicle operations.

In any area with a large population and high complexity roadways, the risk of an accident increases. So, regardless of the city, approach them all with the same level of caution and you’ll come out ahead. Keep your head on a swivel, obey the posted speed limits, maintain safe distances, and if you’ve planned and prepared ahead of time, you’ll do great.

Book your own loads and work when and where you want 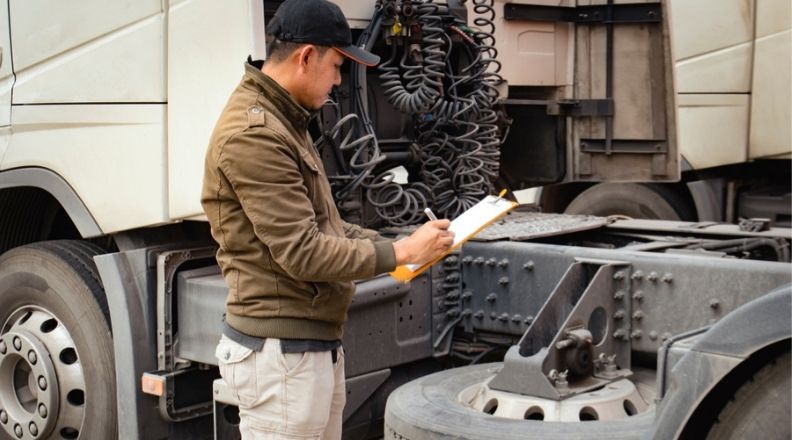 With all the potential dangers of driving large vehicles in today's world, safety is paramount. Here are 10 tips truck driver safety tips to get you home to your family. 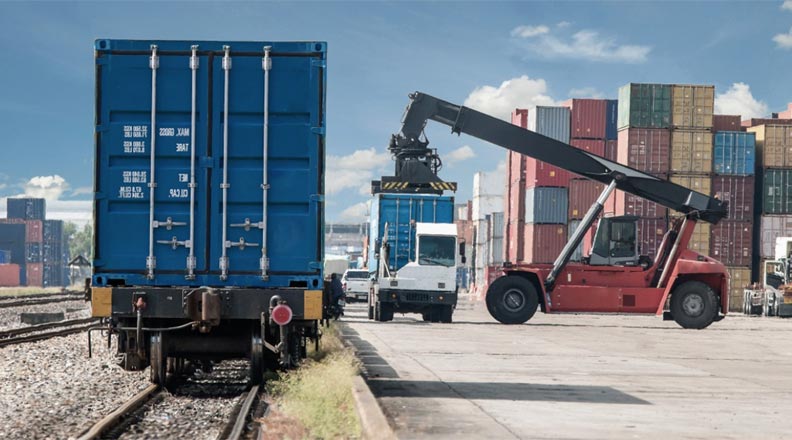 How to Find Truck Loads: 5 Methods Plus Expert Tips

Figuring out how to find truck loads can be difficult at first. Check out this guide to finding loads for truck drivers to maximize your profit and efficiency! 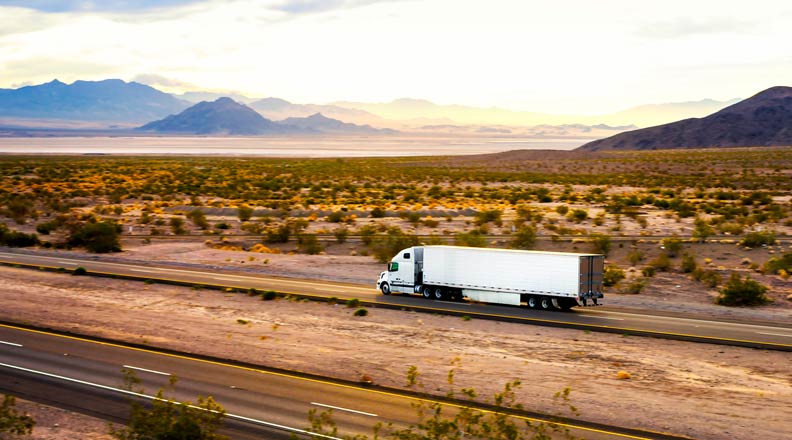